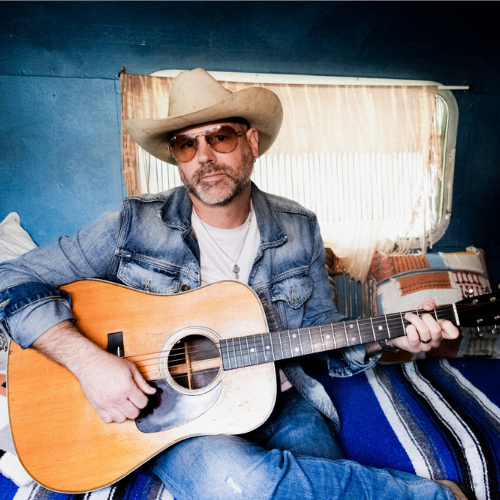 A GRAMMY, CMA, and ACM Award-winner, Jon Randall has seemingly done it all over his three-plus decades in the music business, working as a songwriter, guitarist, and critically acclaimed producer with some of the biggest names in country, bluegrass, and Americana. Now, 15 years after the release of his last solo album, Randall is returning to his roots and embracing the full spectrum of his artistry with his extraordinary new collection, Jon Randall.

Despite being written over a span of roughly a decade, the record is a remarkably cohesive body of work, one that showcases Randall’s profound gifts for evocative storytelling and vivid scene setting. Recorded and co-produced with fellow GRAMMY-winner Brandon Bell (Zac Brown, The Highwomen), the songs here are raw and unvarnished, with spare, intimate arrangements centered around Randall’s sweet and tender vocals. His characters are often in motion on the album, cruising down the highway in search of a soft place to land (or better yet, disappear), and the music is imbued with a similar sense of longing, balancing dreamy escapism and bittersweet nostalgia in equal measure. The result is an album both lovely and lonesome, beautiful and broken, a collection steeped in the endless horizons of the wide open Texas landscape and all the possibility and isolation that comes with it.

Born and raised in Dallas, Randall caught his first big break after moving to Nashville, where he was invited to join Emmylou Harris’s Nash Ramblers band. In the years to come, he would go on to release a series of widely lauded solo records, produce for Dierks Bentley, Dwight Yoakam, Jack Ingram, Pat Green, and the Nitty Gritty Dirt Band, among others, and write with and for the likes of Miranda Lambert, Maren Morris, Blake Shelton, Little Big Town, Guy Clark, Kenney Chesney, Reba McEntire, and countless more. He’d go on to earn a slew of award nominations, as well, and take home CMA Song of the Year honors in 2005 for “Whiskey Lullaby,” recorded by Brad Paisley and Alison Krauss, and the ACM Song of the Year trophy in 2018 for “Tin Man,” which he penned with Lambert and Ingram on one of their regular writing retreats to Marfa. The three returned there in 2019 to record their bare bones Marfa Tapes album, which landed the trio performances at the CMT and ACM Awards as well as on Fallon, Ellen, Colbert, and NPR’s Tiny Desk Concert series.