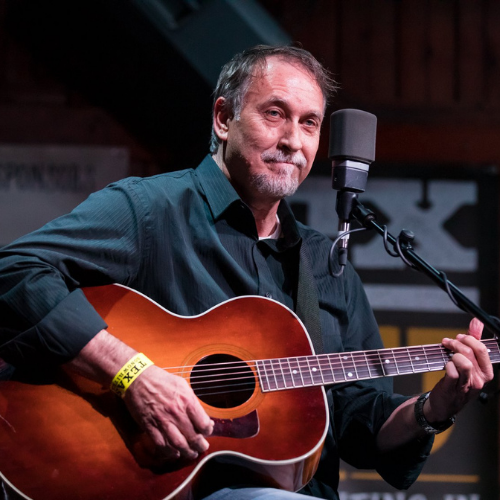 Randy Morrison grew up in NE Texas near Paris. He started playing guitar in his early teens and has played live music for many years. He started writing in about 2005 when long-time guitar teacher John DeFoore (America, Miranda Lambert, Kacey Musgraves) challenged him to start writing songs. Songwriting turned out to be a gift and a passion, which has led to writing songs every day of the week with co-writers from around the country and around the world.

Randy has had several songs cut and released by indie artists. The most notable release was a Darrin Morris cut of his song “I Will” which reached the #1 spot on the TCMA radio play chart in February 2021! He currently works with Nashville plugger and Texas native Ronna Reeves.

Randy has lived in Tyler since 1986. He is retired from ExxonMobil, still works as a private oil and; gas consultant, and has a daughter and grandson in Whitehouse. When he’s not writing songs or working, he’s spending time out on his farm in NW Smith County or at his lake house on Lake Tyler!