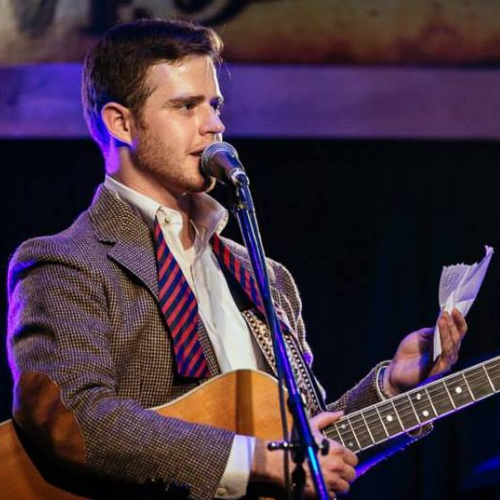 Benton Leachman is a Texas singer-songwriter and practicing attorney. While attending Texas Tech University in Lubbock, TX, Leachman frequented the popular songwriter haven and bar known as Blue Light Live. At the Blue Light Leachman learned the craft of songwriting from local songwriting veterans. These mentors included Kenneth O'Meara, Red Shahan, and Brandon Adams, who hosted a songwriter night every Monday. Through Blue Light Live's music community and the mentorship of his fellow Lubbock songwriters, Benton honed his craft and developed a loyal following. By 2013, Leachman's hard work was rewarded when the torch for "host" of songwriter night was passed on to Leachman. Leachman enrolled in law school at Texas Tech. He could often be found studying for law school exams at the Blue Light while awaiting to perform his duties as songwriter night host. In 2014 Leachman was awarded the honor of being named the winner of the inaugural Texas Songwriter U songwriting competition. Just one year later, Leachman released his debut album entitled "Bury the Hatchet". From that album, the popular waltz "Hand to Hold" was later featured on the popular Netflix show "The Ranch". Leachman currently practices criminal law in San Antonio and continues to write songs on the side. Leachman's latest work can be found in the 2020 "Monday Night Lights" album (a bandcamp.com fundraiser album for bar employee covid financial relief").